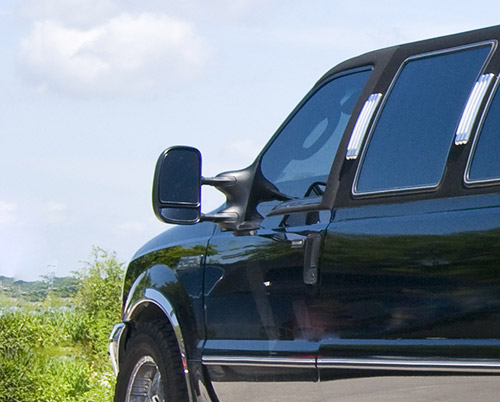 For your car to look great and also for the tint you apply to last for a long time you should choose the right car window tinting material. There are many types of materials that you can go for with the most common being:

It’s one of the most common types of films you will find in the market. It’s made by adding a layer of dyed polyester film between a scratch resistant hard coat and mounting adhesive. The dyed polyester plays a vital role in absorbing heat and transferring it to the glass.

There are many reasons why you should consider installing dyed window film. One of the advantages is that the film produces the darkest effect and is non-reflective. The film doesn’t block radio waves; therefore, it doesn’t interfere with an in-glass antenna. According to car window glass tinting experts, the film blocks 45-50% of the light entering your car. This comes in handy in protecting the insides of your car from fading.

While the film is great, it has a number of disadvantages. One of the disadvantages is that when it’s improperly installed, it produces an unattractive bubbled appearance. The film can also delaminate thus requiring you to keep on installing new film every now and then. It’s also common for the UV rays to break down the dye causing it to change color from deep black to purple. This would give your windows an unusual look.

This is another popular window film option. This film is made up of a number of layers that include: a base layer that bonds the film to the window, another layer that blocks ultraviolet radiation, metalized layer that darkens the window and reflects heat, and the final top coat that protects the entire film from getting scratched.

Metalized film comes with many benefits. One of the benefits is that it’s highly effective at blocking heat since it blocks heat before it gets into your car. Unlike the dyed window film, it can’t delaminate thus you don’t have to worry about keeping on placing it in place every now and then.

Auto glass window tinting experts observe that this film interferes with radio technology where it interferes with the in-glass antennae, blocks cell phone signal, stops your tire pressure monitory system among many other problems. Due to the metal content in the film, the film has a very shiny appearance which might be unpleasant for you to look at.

These are some of the auto window tinting options that you can go with. For your car to be professionally tinted, ensure that you work with a reputable contractor.